Walnuts are among our most popular items. We sell 5 sizes from whole halves which are plump and beautiful, down to baker’s pieces which are chopped fine enough to put into dough. And don’t miss the sweet surprise at the bottom. Here is a quick overview of the whole lineup. 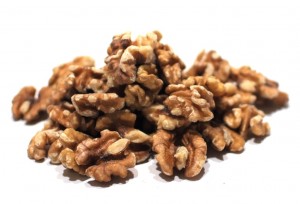 Walnut halves are also referred to as “Whole Halves”. It sounds like a contradictory name, but it makes sense. Walnuts are tree nuts, and they grow in a shell about one and a half inches around. Inside the shell, the meat grows in two separate parts, so the biggest single piece of walnut you can have is one of these two halves. It’s called whole though because it isn’t further broken down. They’re the most expensive of the unaltered walnuts because it takes a little extra effort to keep them whole. 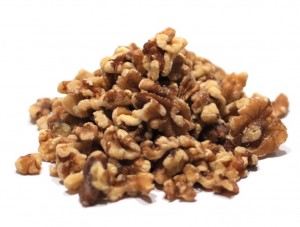 This is another pretty clear name. Some whole halves, some medium size pieces. By weight, they’re about 80% pieces, and 20% halves. If you are buying walnuts to repackage rather than to cook with, halves & pieces would likely be your choice. This is the only combination option we offer. 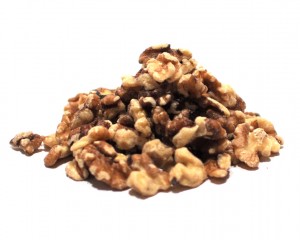 We have three sizes of walnut pieces and these are the largest. Some of the signature shape of the walnut is still recognizable. If you took a bag of whole halves and gave it a couple good thwacks on the countertop, you’d probably get pretty close to medium pieces. But it’s less expensive to just by them this way. 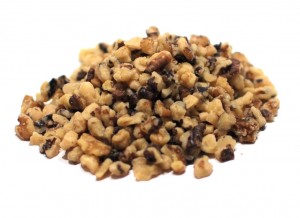 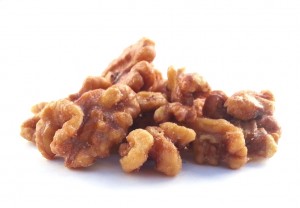 Now this one is a clearly distinct product. The only walnut we carry that has extra ingredients and processing. They’re oil roasted and have added sugar, honey, and salt. This candied variety is a killer topper for salads, and taste pretty amazing straight out of the bag. They’re kettle-cooked and have a little extra crunch from the caramelization of the sugar. Soooooo good.

Mount Hope Wholesale has been serving restaurants and individuals since 1985. Individuals can pay with Visa, MC, Amex or Discover. Professional kitchens may request terms.

*Ground shipping within the contiguous US.